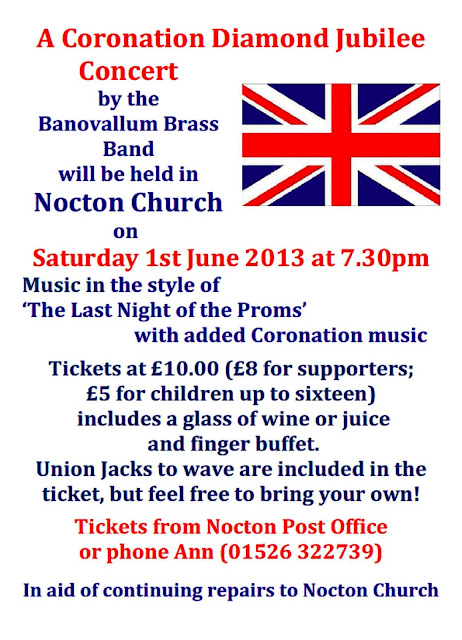 On Sunday 19 May, fifteen children from the group of six parishes to which Nocton belongs gathered in Potterhanworth Church to celebrate Pentecost. After hearing a brief introduction from Revd Jonnie Parkin about the story of the Holy Spirit descending on the disciples with a rush of wind and flames of fire, Judy Dickin (Branston parish) explained, using figures on a stage of red cloth, that after Easter and the Ascension, the Holy Spirit descended on the disciples, guiding them to go out and spread the Good News about Jesus Christ. This was the beginning of the Church, which is more than a building – it is the people who all work together, and stand on each other’s shoulders, who make the Church. What better way to celebrate than with a birthday cake, beautifully made and presented by Rachael Eades of Potterhanworth parish. Afterwards, the children guided each other in games of pin the tail on the donkey. Then they did three different activities on the themes of wind, water and fire. Everyone enjoyed forming two teams to blow cotton wool balls with straws across a table. The water activity was at the font, where each child tried out baptising and naming a doll. Fire was an activity where the theme was lighting a candle in the dark, and lighting the way in the darkness, so that eventually all the countries in the world heard about the Good News. The children wrote prayers on paper doves and attached them to a tree during an act of worship. They marked each other’s palms in the shape of a Cross with a scented oil blessed by Bishop Christopher called chrism. Two children read beautifully from the Bible, and the afternoon ended with the singing of ‘Shine, Jesus, Shine.’ 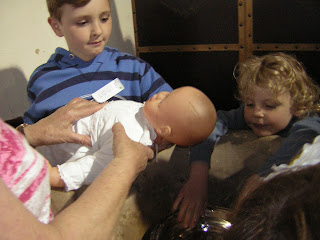 The next event is a Saints and Heroes party at Nocton Church on Halloween, Thursday 31 October. It’s a reminder that Halloween means the eve of All Hallows, that is, the eve of All Saints Day, and it isn’t all about ghosts and goblins. If anyone who has a Key Stage 1 or 2 child who is interested in coming along, please let Carol Bennett know (01526 322930).
Posted by Liz Murray at 16:44 No comments:

Click here for the latest village newsletter!
Posted by Liz Murray at 21:42 No comments:

All Saints held its Annual Vestry Meeting (to elect the churchwardens) and Annual Parochial Church Meeting (the church's AGM) on 24 April 2013.  Ten people attended the meeting at which Nicholas Bennett stood down as churchwarden.   The PCC wishes to record its thanks to Nicholas for all his work.  Liz Murray was elected unopposed but we are now a churchwarden short as we should have two.

The qualifications for being a churchwarden are that the person must:
be baptised
be named on the church electoral roll of the parish
be an actual communicant
be at least 21 years old
not be disqualified from being a charity trustee under section 72(1) of the Charities Act 1993
not have been convicted of any offence mentioned in Schedule 1 to the Children and Young Persons Act 1933
not be disqualified under section 10(6) of the Incumbents (Vacation of Benefices) Measure 1977 (No. 1)

The Parochial Church Council (a parish church's governing body) is re-elected each year.  Elsie Horton stood down and again the PCC wishes to thank Elsie for all her work over many years.  The following were elected as members of the PCC:
Carol Bennett
Nicholas Bennett
Ruth Eagle
Doreen Green
Chris Howard
Ann Kennedy

Ruth Eagle announced her intention to stand down as Deanery Synod representative in the near future.  Our thanks go to Ruth for fulfilling this role for a good number of years!
Posted by Liz Murray at 21:31 No comments: