A Coronation Diamond Jubilee Concert was held in Nocton Church on Saturday 1 June 2013.  Everyone was welcomed into the Church through the North Porch which had been decked with Union Jacks, and the flower displays throughout were in red, white and blue.  The quarter sized Coronation Coach and horses with the footmen in their fine livery were on display.

The Banovallum Band had travelled from Horncastle with 25 players including three lively young percussionists.  The first piece that they played was the Coronation March by Giacomo Meyerbeer, quickly followed by the Saddleworth Festival Overture which had been chosen because of Nocton’s Australian connections.  The Band continued to play pieces from their repertoire concluding with some Last Night at the Proms favourites and the audience joined in singing Jerusalem and the chorus of Land of Hope and Glory waving their Union Jack flags and having a good time.  Refreshments were served after the concert which allowed the players to enjoy the food and have a chat.

Thanks go to the many people that donated raffle prizes and to those who bought the raffle tickets.

‘Many hands make light work’ was the motto for the team that helped serve the drinks, which included tea, made the cakes and sandwiches, and helped with the washing up at the end of the evening.

A large thank you to Peter Tether for organizing the donation that was given to the Band for their performance, which was a great help in raising a total of £557 from this concert. 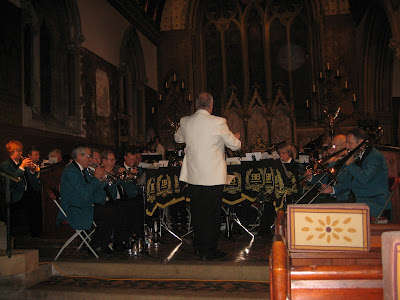 
A Feast of Music in Nocton Church on Saturday 6 July at 7.30 pm


Sixteen-Eighty-Five plays easy listening classical music for a summer's evening in the beautiful setting and perfect acoustic of Nocton Church.

Baroque delights by Bach, Handel and others, played on all kinds of recorders, Baroque flute, harpsichord and organ 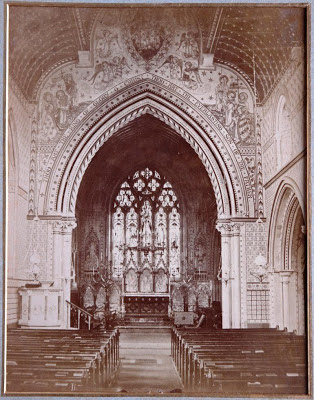 The cost of the beautifully restored chancel and nave roofs of All Saints, Nocton has left the church coffers empty.  Please come and see some of the restoration work, hear a lovely concert, indulge in strawberries and wine, and help to keep the finest Gothic Revival Church in Lincoln Diocese open.

Sixteen-Eighty-Five is a group of musicians based in Lincoln and London.  The name comes from the year 1685, in which Bach, Handel and Domenico Scarlatti were born.  They play music of this period.